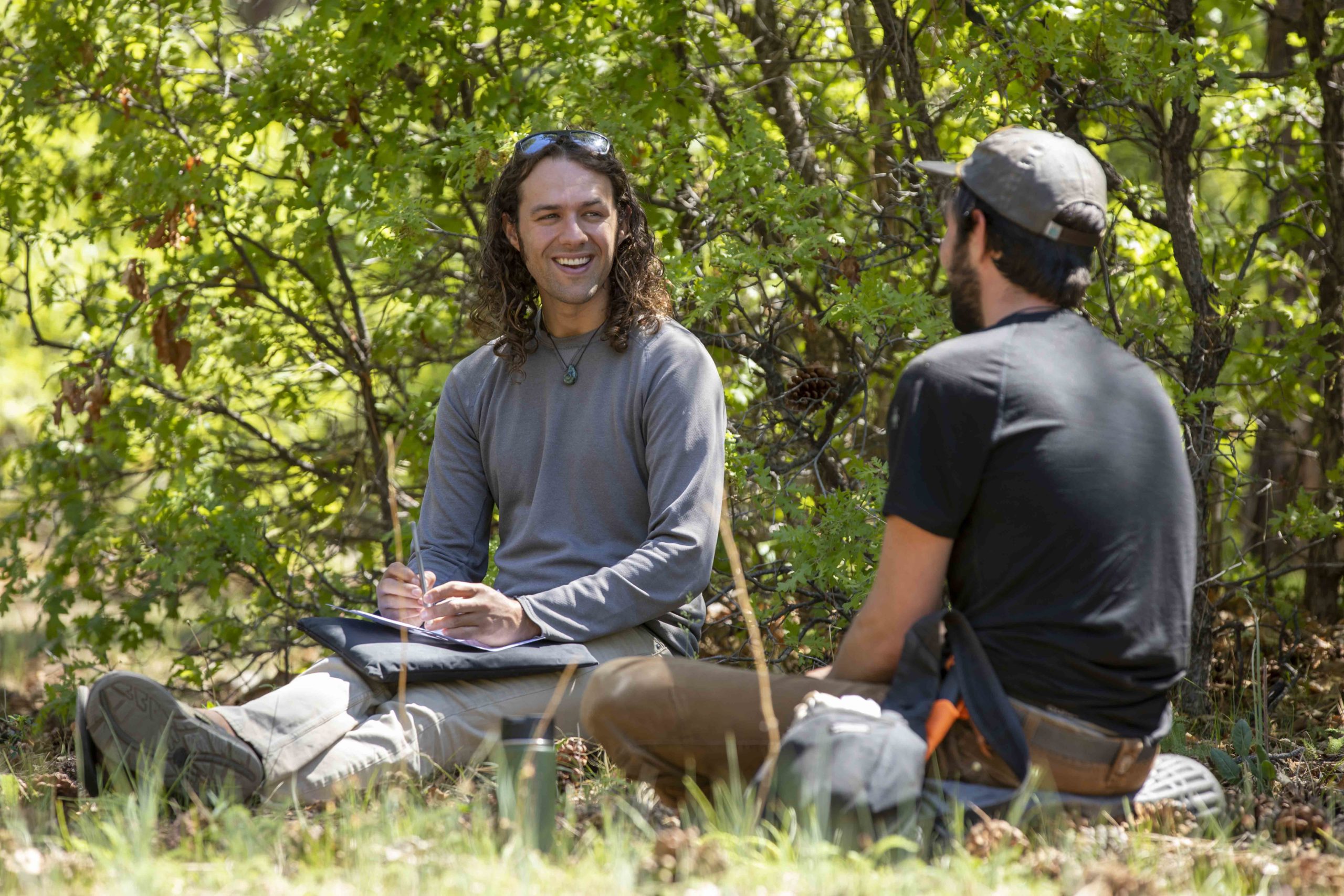 A “communication toolbox”…it’s exactly what it sounds like! It is a set of skills and resources at our disposal to access at any moment to practice healthy communication and strengthen our relationships. These are tools to draw from when relationships get tense, confusing, or avoidant. They are also tools to practice regularly even when things are going smoothly.

On this episode of the SKYlights Podcast, therapist Nick Lenderking-Brill walks us through a set of specific skills/resources to include in a “communication toolbox,” such as the “I Feel” Statement, reflective listening, empathy, and the feelings wheel. He gives tangible tips for implementing them into our real-life conversations. Download some of these resources at the links below. 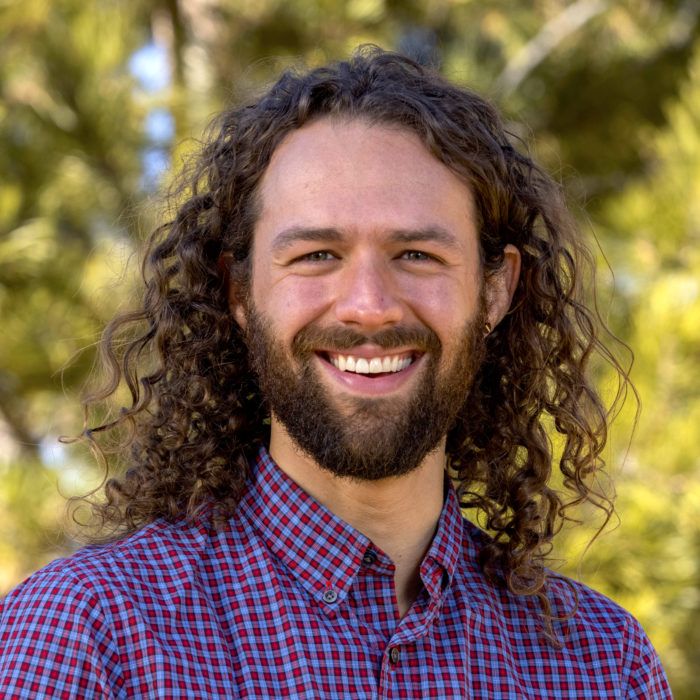 Nick, a Boston native, has always been fascinated by humans and how they interact. He earned his Bachelor’s of Arts in English from the University of Virginia, largely to delve deeper into the arts of communication and expression. His 12 years of experience working with individuals and families led him to a Master’s Degree in Clinical Mental Health Counseling from Naropa University.

From organizing and leading backpacking trips for teenagers, to supporting displaced families in urban Brazil, to teaching English to schoolchildren in Thailand, Nick has found joy and fulfillment in serving others through the connective tissue of human relationships. Since childhood, he remembers feeling a sense of solace in nature. In 2013, he thru-hiked the 2,180 mile Appalachian Trail from Georgia to Maine. During this journey, Nick experienced his own “wilderness therapy,” and knew he needed to help others heal, using nature as a backdrop. His passion took him to Colorado in 2015, where he decided to concentrate his Master’s degree in the field of Wilderness Therapy. As a therapist, Nick has facilitated equine-assisted interventions, rock-climbing interventions, group work while actively canoeing, and therapeutic backpacking trips. Aside from his work at Open Sky, he has worked at a counseling agency leading groups and performing individual therapy with folks who suffer from addiction.

The wilderness heals, but not without the support of an entire family system. Nick was drawn to Open Sky because of its familial approach, and he began his journey here in June 2018 as a Family Services Therapist. His unique experience facilitating Family Quests, Wellness Weekends, Graduation Ceremonies, and Parent Coaching Calls deeply informs his work as a clinical therapist for adolescent boys. Through his experience, he has learned that healing occurs in relationship: a system must work together to heal all of its individual parts.

Nick uses a humanistic approach in therapy. He believes that all beings are basically good, yet we are subject to several difficulties simply by being alive. He is direct but compassionate with his adolescent boys–he knows how to push them into their work in a playful way, because after all, he was once an adolescent boy too! Nick finds the most value in life through interpersonal connection, and it is his goal as a therapist and human to have meaningful interactions with everyone he encounters. Rather than seeking to fix people’s problems, Nick hopes to empower people to reach their own goals.

He specializes in addiction counseling, attachment issues, trauma-informed therapy, depression, anxiety, and screen overuse. His own research includes the ways in which screen overuse affects the developing brain. Nick is fascinated by neurology and mindfulness, and often brings current research into his work with students and families.

At the end of the day, Nick just wants to understand why we do the things we do. He is curious and wants to learn. Over anything else, Nick appreciates a good conversation. Aside from spending time outdoors, Nick adores Boston sports, a quirky novel, and playing his guitar.

Step one is getting the structure down, but once you get that, it just flows way more naturally. Especially when everyone is on board with practicing and has the same communication toolbox at their disposal.

Empathy, really, is what we’re talking about here. While you can’t reach in the toolbox and pull out your empathy tool in the same way that you would an ‘I Feel’ statement, it’s cultivated through practice.

Sometimes when I’m feeling something really intensely, I can’t quite put it to words. I’m like, ‘is this anger or is this disappointment? Or is this frustration or is this anxiety?’ And I’m a visual guy, so if I have that list, I can just point to it and fill in the blank. 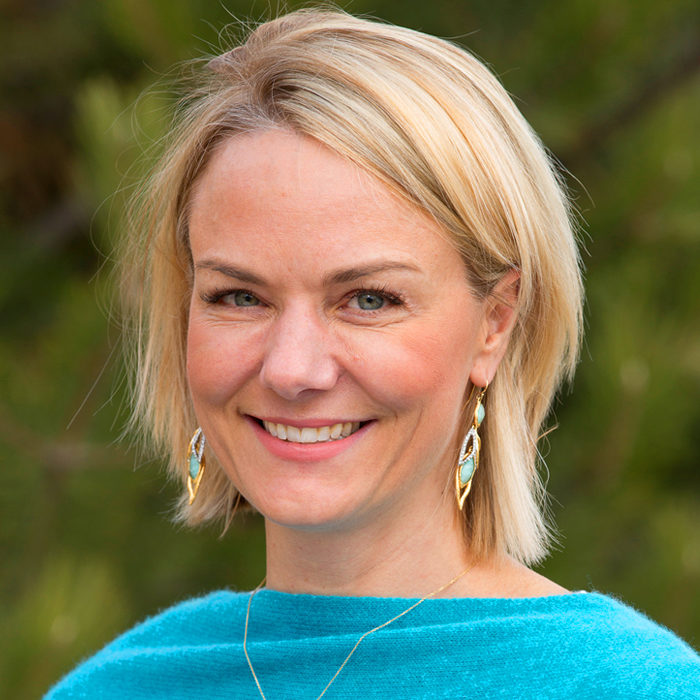 On a wilderness trip in Alaska with the National Outdoor Leadership School (NOLS) in 1995, Emily discovered she could combine two of her passions: working with youth and being outdoors. Since then, she has worked for Aspen Achievement Academy, Hurricane Island Outward Bound School, and Connecticut Wilderness School. She was part of the founding team at Open Sky.

Emily worked as the lead therapist for adolescent girls for her first 5 years at Open Sky. Her areas of clinical expertise include depression, anxiety, grief and loss, trauma, self-harm, disordered eating, and adoption and attachment issues. Her clinical approach is informed by cognitive behavioral, psychodynamic, family systems, and attachment theories. Relationship building through letter writing is a major focus of her work with students and families.

As a founder and owner of Open Sky, as well as the Clinical and Executive Director, Emily brings a breadth of knowledge with her background as a therapist, field guide, trainer, logistics coordinator, emergency responder, and field director, Emily is known for her direct, caring leadership style, her ability to inspire excellence in others, and her team oriented approach. The student treatment plan is her compass for her decision-making regarding Open Sky’s students, families, and employees. 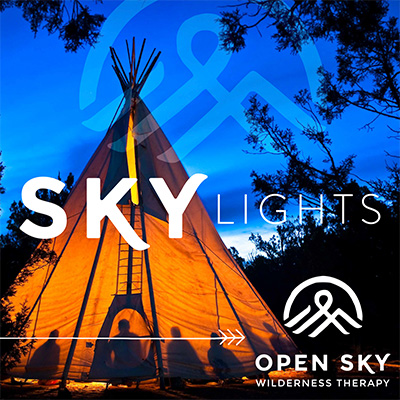 Wherever you get your podcasts:

Have questions or ideas for the SKYlights podcast?