AJ was born in Thousand Oaks, California, and moved to northwestern Arkansas during his childhood. Growing up in Arkansas, AJ found his callings for IT and the wilderness. He could often be found outside exploring. When in school, he enjoyed playing organized sports like baseball, basketball, football, and soccer. Building on his love of the outdoors and athletics, he developed an interest in biking, hiking, and other outdoor activities. He also took an interest in mechanics, working on cars and trucks with friends. He found he loved off-road adventure and invested a lot of time in Jeeping and 4-wheeling.

He started working for Apple in high school and later moved to Austin for a job at their campus there. While obtaining the required certifications, he decided to move into a more administrative and ultimately more responsible role in systems administration.

AJ came to Open Sky with a strong technology background. As IT Specialist, he interacts with every department to make sure they can do their work efficiently and effectively.

He had been visiting Durango with family since he was very young and loved the area. When he found an IT opportunity at Open Sky, he pursued it forcefully. He knew he would feel at home, having been surrounded for much of his life by counselors and therapists (his mother and her friends and colleagues).

When not working, AJ enjoys hiking, biking, rafting, snowboarding, and off-roading on numerous trails in the Four Corners area. 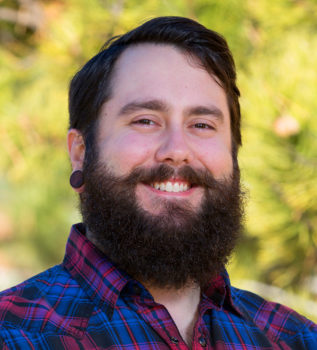