Ally grew up in Michigan spending her summers outside surrounded by water and the outdoors. Camping, swimming and making rivers with the garden hose were happy and integral parts of her childhood. Beyond nature, Ally found passion in traveling during a study abroad experience in Sydney, Australia and a love for social work during her undergraduate studies. She graduated with a Bachelor’s degree in social work from Grand Valley State University. Ally aspired to see more of the world and continued her journey to the small country of Eswatini in Southern Africa (formerly known as Swaziland) with the Peace Corps from 2015-2017. During her Peace Corps service, she worked in a rural community on health projects related to HIV prevention, counseling, symptom improvement, and treatment. In Eswatini, Ally worked with people who are HIV+. She experienced people thriving in connection within a community that shared laughs and supported healing.

After returning from the mountainous country of Eswatini, Ally craved to be closer to mountains back in the U.S. This brought her to the University of Denver for graduate school. She spent her Master’s practicum in a primary care clinic through which she found a love for mindfulness-based therapy. She found a desire to integrate physical health with mental health and witnessed how combining the two dramatically decreased depression and anxiety within the populations she served. In 2019, Ally graduated with her Master’s in Social Work with a concentration in health and wellness. Her hope was to match the passion she gained from the outdoors in Peace Corps with the skills she had gained in mindfulness-based techniques. After speaking to a mentor about her goals, Open Sky was a company that aligned with her desire to work with families in the healing surroundings of nature. She hopes that all those who come in contact with Open Sky find the ability to heal and thrive in their own way.

When Ally isn’t at work, she is riding her bike, cooking, thrifting, practicing yoga, listening to podcasts, or planning her next hike. She takes her responsibility as a dog aunt very seriously and travels to Denver to visit her brother’s puppy (and her older brother) regularly. Some of her dream trips include swimming with whales in Tonga, backpacking in South America, and returning to Eswatini to see her Swazi family. 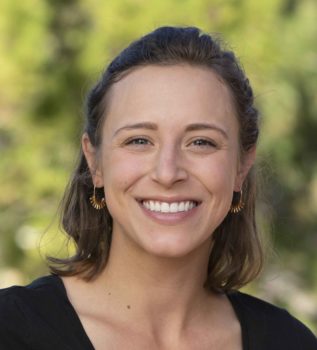