Ashley has always been an avid outdoors woman with a love for camping, hiking, and nature. She found herself being healed from solo and group backpacking experiences and wished more individuals were capable of engaging with nature in that way. It was her love of nature and healing that sparked an interest in Open Sky, however it was the community of compassionate and kindhearted people she met that drew her in most.

At Open Sky, Ashley draws from a depth of experiences working with adolescents in need. She was a Support Counselor for a company in her hometown called Ozone House. She then transitioned into an Emergency Support Counselor working for their Crisis Hotline, which their students and strangers could call at any hour for emotional support. Later, as a Case Manager, she took on a more direct role with a handful of students, providing a solid foundation for her role at Open Sky.

During her 3+ years as a field guide and senior guide, Ashley valued the unique and powerful connections that exist amongst the staff and with the students. She also valued the compassion and communication that are woven into these connections. Ashley aimed for adventure with every shift-- safely and effectively guiding students through unique and difficult terrain. She loved having the ability to be a role model, teach, and even learn how to better communicate. As Field Manager, she oversaw a shift of field guides carrying out this work with students directly in the teams. She is grateful to continue learning, teaching, and role modeling now as Assistant Field Director.

During her time off, Ashley spends time making amazing breakfasts, adventuring to new places and curling up with her cats, Lumos and Oblivion. She enjoys climbing mountains, dropping into canyons, going for drives, fishing, and eating. She has been practicing aerial silks and trapeze for over 5 years and at one point in her career, she performed as a clown with the Detroit Circus! 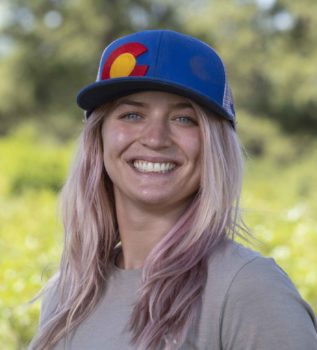