In his youth, Ben took the hard road, stumbling along as many youth do today. It was during this period that he realized his journey could hopefully help others. He knew he wanted to be a part of teaching, helping adolescents grow, and hopefully guiding them toward making smarter decisions. Ben studied early childhood education and business management at Truett McConnel College and Savannah State University. In early 2009, Ben was introduced to wilderness therapy as a field guide. He instantly fell in love with the industry and what it did for not just his own growth but the growth of those who were lucky enough to attend a wilderness program. He had found his calling. He often says, “There is nothing more rewarding than to help someone be a little bit better than they were the day before.”

After being a field guide for just over four years, Ben filled many administrative positions, from Medical Coordinator to Logistics Coordinator, and eventually became the Program Director of a wilderness therapy program. Throughout these positions, Ben’s focus grew more and more on building relationships with families, students, and consultants within the industry. Building relationships with people is Ben’s passion. It was in the role of Program Director that Ben began to follow his new calling: admissions.

In 2016, Ben took a position as an Admission Counselor at a boarding school. This is where his growth in the admissions arena really took off. In just two years, he became the Vice President of Enrollment Management. During this time, he became more and more passionate about supporting families in their journey to find the right place for their child. Although he was successful in the boarding school arena, he continued to feel the need to get back to his roots in wilderness therapy. This is when he found Open Sky. After learning about Open Sky’s culture and how it aligns with his beliefs, it quickly became love at first sight. He is now a member of the Open Sky Admissions team and feels he is right at home.

When Ben is not working, he spends as much time as possible on the open waters as a charter fishing captain, helping families create memories for a lifetime. Ben is also a big family man, raising his three children, Shawn, Haylie, and Gavyn, alongside his wife, Vanessa, in the Golden Isles of southeast Georgia. Their favorite thing to do as a family is see how many camping trips they can fit into a year. A very close second is attending University of Georgia football games. 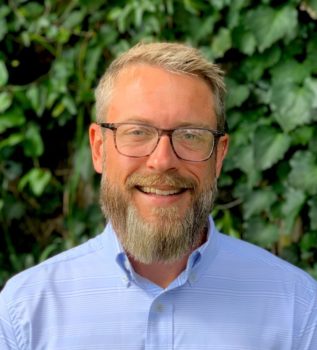