Prior to joining Open Sky in 2017, Ben was an Orientation Leader (helping incoming freshman acclimate to college) as well as a Teacher’s Assistant, for which he created lesson plans and held small study groups to support students in their learning. He volunteered at a Crisis Text Hotline and at a psychology research lab studying Social Perception and Attitudes. He has backpacked and explored the outdoors extensively on his own.

Ben was attracted to Open Sky because of the ways in which he has grown in the wilderness. He had gained significant confidence in his own abilities after planning and completing week-long backpacking trips in Rocky Mountain National Park and in the Wind River Mountain Range. Additionally, he was drawn to Open Sky by its holistic approach to treating anxiety, depression and addiction, issues that have affected many of those close to him.

Ben started at Open Sky as a field guide and worked his way to senior guide. As a guide, Ben deeply valued living in a way that strengthened his connection with the natural world, as well as being a part of a community in which people are encouraged to speak their truths and are taught to communicate effectively. Now, as a transition mentor and Family Quest guide, Ben facilitates this connection, community, and communication for families and students as they reconnect and transition to the next steps.

Ben’s strengths include showing up authentically, mentoring newer guides, and creating a space in which students, families, and staff alike feel comfortable sharing their truths.

Whenever possible during his time off, Ben likes to travel, cook, and explore the outdoor world. He has traveled to more than 25 countries and lived in Sydney, Australia during his adolescence. He also likes to read books in cafes and connect with others in meaningful ways. 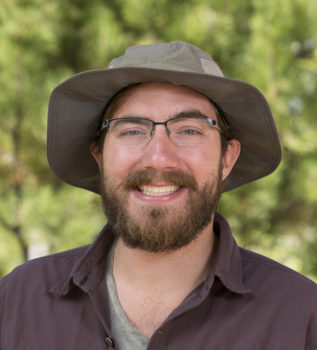