Brian grew up in Michigan, where he learned at an early age to love and respect the outdoors. He took part in numerous adventures with the Boy Scouts of America, eventually earning the rank of Eagle Scout. His college years were spent at Michigan State University where he earned a Bachelor’s degree in Parks and Recreation.

After graduating, Brian took on various outdoor seasonal jobs as a trip leader and outdoor educator for youth. He eventually moved to South Dakota and worked on the Native American reservations of the Great Plains. In 2010, he accepted a position at a residential treatment facility for male youth in Western Pennsylvania. He facilitated team building initiatives and climbing activities for the residents at the high ropes course, which was the beginning of his journey into experiential therapies. This cultivated a desire to attend graduate school for counseling. He completed his Master’s degree in Community Counseling with a specialization in addiction in May 2014.

Brian’s post-master’s work in inpatient drug and alcohol rehab helped him to hone his clinical skills with young adults struggling with addiction. Brian returned to facilitating team building and climbing with youth at a residential treatment facility, where he refined his group counseling skills and helped young people empower themselves through their experiences in the ropes course.

Brian joined the Open Sky team in April 2016 as a Family Services Therapist. Brian is passionate about working with the entire family, empowering each member to help shift the family system toward healthy dynamics. As a Family Services Therapist, he facilitated Family Quests and Parent Coaching for parents and families. He led more than 133 Family Quests and is continually inspired by the transformational work families accomplish over just two-and-a-half days in the field.

Brian appreciates the importance of parents working on themselves in parallel with their children. As both parents and students become more in tune with their emotions and patterns, the entire family system is changed and becomes healthier.

In his work as a Clinical Therapist, Brian utilizes Cognitive Behavioral Therapy with a heavy emphasis on the student's current somatic experience. He helps his students to understand how thoughts and thought patterns influence emotions, which then influence behaviors.

When not in the field, Brian enjoys all aspects of the outdoors: hiking, climbing, camping, and generally exploring the world around him. Brian loves to read and enjoys getting immersed in a good work of fiction as well as topics related to his field of work. Brian is thrilled to work with an organization that combines his passions for therapy and adventure. 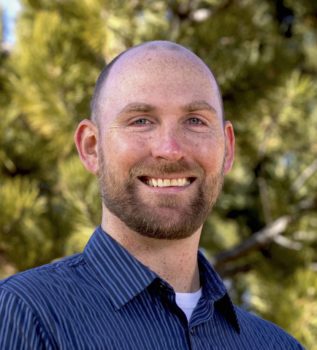