Cord joined the Open Sky Field Team in 2017, after valuable experience in education. His first experience in education was as an Assistant Language Teacher, teaching English in a small village in the mountains of mainland Japan for a year. During his time there, his work ranged from teaching Kindergarteners to 9th graders and even some taught some skiing and cooking classes. After returning to the U.S., Cord enrolled in graduate school to study education and worked various assistant roles. He then began student teaching in a 5th grade classroom in Littleton, Colorado and as the director of a kids sports-based summer camp.

During his time working in the classroom, Cord valued the relationships and connections he developed with his students and the impact they allowed him to have on their lives. However, he found the external demands of teaching often existed at odds with such relationships and wanted to provide more growth opportunities to each individual student.

Through his own experiences with therapy, he heard about wilderness therapy and saw it as the perfect intersection of his desire to make the deep and personalized impact and his love of the outdoors. Open Sky’s family-based approach drew him to this company in 2017.

As a senior guide, Cord values the ability to make an impact on others by paying forward the lessons he’s learned from others and through his own personal work. He brings a grounded and steady presence to his guide team, as well as creativity, a huge heart, and a whole lot of fun!

During his time off, Cord enjoys cooking good food, lifting weights, playing music, hiking the gorgeous mountains around Durango, connecting with the good people of this community, and for several months out of each year, skiing as hard and as fast as possible! He’s also a professional drummer and has completed two studio albums with two different groups within the past year and a half, one of which is based out of Durango. 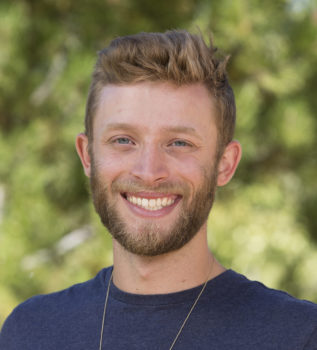