Dan joined Open Sky as a field guide in 2018. Prior to this, he worked in a community called Camphill, where he lived and worked alongside adults with developmental differences, building community and healthy relationships along the way. During his time there, he was exposed to the important impact that nature has on individuals. He worked and lived full-time on a 600-acre farm with people from all over the world of different ages and backgrounds. Everyone played their part in making the daily routine as smooth as possible.

Dan heard about wilderness therapy from two former Open Sky guides. He was drawn to the opportunity to relate to, listen to, learn from, and help direct people struggling with their own issues. He loves being able to confidently show students that wherever they are at in their lives, it is a steppingstone, and helps them make the most of this opportunity. Dan also values connecting with both nature and people at the same time. He is constantly learning through working with students, families, and fellow guides, as well as through looking inward to how he can become a better human himself.

As a transition mentor, Dan supports students and families throughout the graduation process. His strengths are his openness, honesty, and ability to ask for help when he needs it. He is a good listener and able to empathize with and support the people he works with. He also loves bringing light-hearted energy when the moment is right. What Dan enjoys most about working at Open Sky is seeing families communicate in new ways and plant seeds for a hopeful future.

During his time off, Dan loves to play basketball. He enjoys trying new things, such as climbing, hiking, swimming, and exploring new places. He also enjoys working with his hands (he was a carpenter for five years!). When he's relaxing, he likes to read, listen to music, and write songs or poems. Dan also loves to sing. He was in a band for a period of time and grew up performing in community theater. He even auditioned for American Idol! 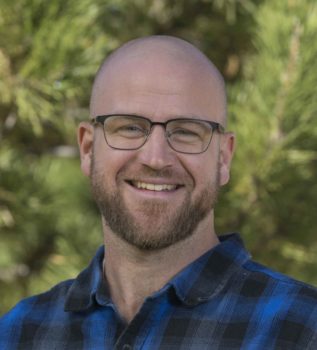