Danny graduated cum laude from Texas A&M University with a BBA in Management and Human Resources. He took his first wilderness therapy job as an intern while in college in 1996, working for a small, family-run wilderness program. This experience inspired him to pursue work in the field of wilderness therapy after graduating. In 1998, he began working as field guide for Aspen Achievement Academy, eventually becoming Field Director. For six consecutive summers, while guiding at Aspen, he worked for the Montana program of the Voyageur Outward Bound School, where he served as an instructor, course director, trainer, and logistics manager. In that early 8-year period, he accumulated over 700 field days working directly with adolescents and young adults.

Since Open Sky’s inception, Danny has served in multiple leadership roles, starting as the field and operations director and then as the first marketing and business development director. He eventually landed in admissions, where he served as the director. He brings a vast history of working in the field with special emphasis on risk management, safety, wilderness programming, and personnel development to Open Sky’s leadership team. In addition, he chairs the Outdoor Behavioral Healthcare Council, the field’s leading organization representing over 20 wilderness programs throughout North America.

Danny’s passion for the wilderness was ignited at an early age, wandering the undeveloped hill country around Austin, Texas. His first foray into the mountains was as a boy in Colorado, with his father and brother. The connection he felt during this time in the wilderness became his life calling, and he is dedicated to facilitating wilderness experiences and connections for youth, adults, and families.

Danny spends most of his free time with his wife and two sons. He revels in the moments of getting home and playing roughhouse or hide-and-seek. He often gets out on weekends to enjoy the waters of the Animas River or the ski slopes and bike trails. He enjoys road as well as mountain biking, and when he isn’t out in nature, he is attending a CrossFit class in preparation for another active season outdoors. 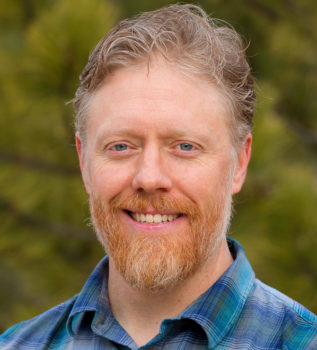