Davis was raised in a family of seven in Nashville, Tennessee among rolling hills and open meadows for most of his life. In his young adult life, Davis left his southern roots when he volunteered in an orphanage in Haiti for two summers working as a construction manager and care coordinator, which inspired his affection for working with children with complex backgrounds. In 2013, Davis attended University of Tennessee in an accelerated program to receive an undergraduate and Master’s degree in social work.

During his undergraduate field practicum, Davis interned as a social worker for a school health center in the Appalachian Mountains for two years. For his graduate practice, Davis worked as a school counselor for a charter school in his hometown. In his collegiate summers and graduate year, Davis worked with youth in a variety of roles: gymnastics coach, mentor for children with special needs, advocate for orphaned children, and social worker in an interprofessional medical team. After graduating in 2018, Davis spent over two years teaching English in Thailand, which integrated his desire to educate, empower, and equip teens and young adults to the best of his ability. Humbled and honored by his students overseas as well as nature’s healing, Davis found Open Sky to be the ideal manifestation of holistically caring for people through the capacities of wilderness to encounter their best selves. Davis attributes many of his successes and eclectic experiences to his supportive family and strong mentors who offer professionalism, guidance, and constructive feedback. Davis adheres to the belief that all humans are acting as their most rational self, based on their unique upbringing, worldview, perspective, and history, and that everyone has the potential to thrive. Davis strives to learn something from everyone he meets and offers presence, ease, and a listening ear.

In his free time, Davis can be found playing outside in various ways including practicing yoga, riding his bicycle, running, listening to music or podcasts, reading a new book in a cafe, hiking, and retreating to camp in the surrounding beauty. 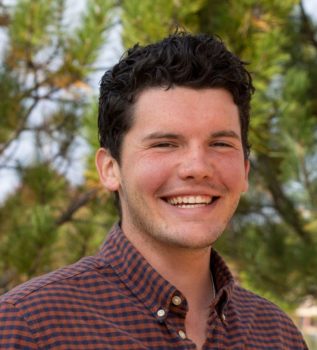