Evan Grew up in the cold Northern Adirondack region of New York. He graduated from the University at Buffalo in 2009 and followed with graduate work in Library Science. Evan worked for Credo Community Center’s adolescent male addiction treatment farm in Northern New York and the Youth Advocate Program of Jefferson County before deciding to combine his work with adolescents and love for the outdoors at Open Sky. Through his time here, he has found a love for the ways in which Open Sky provides healing for families and students.

Evan takes pride in being a member of the Transport team--the first impression of Open Sky that students receive. As Transport Manager, he ensures that his team of transporters is equipped to give incoming students a smooth and safe transition into the program.

Evan loves life in Southwest Colorado. In particular, he cherishes often being able to see the sun, whose appearance in the Northern Adirondacks is so infrequent its existence is mere rumor. In his free time, Evan enjoys spending time with his partner and two dogs hiking in the desert, reading, and playing the accordion. 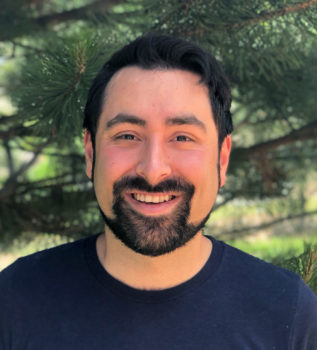