Gregory graduated from Florida State University in 1992 with Bachelor's degrees in Comparative Religion and Clinical Psychology. Upon graduation, a favorite psychology professor asked him what he planned to do after school. He replied, “I want to take people out into the woods to help them heal and grow.” His professor said, “Oh, Wilderness Therapy.” At the time, Wilderness Therapy was in its early stages and Gregory was not aware that something like that existed. He was pleased to find out that there was a path for his passions and gifts already established.

Ever  since that conversation, Gregory has been involved in Wilderness Therapy as both a clinical therapist and a field guide, mentor, and trainer to other guides and professionals. He received wilderness guide and personal transformation training through the Outdoor Leadership Training Institute, Animas Valley Institute, and the School of Lost Borders. In 2000, he received His master’s degree in clinical psychology from Naropa University.

In addition to his years with Open Sky, Gregory has worked as a guide and clinical therapist for various wilderness schools across the country, including Wolf Creek Wilderness School, Kent Mountain Adventure, Colorado University’s Science Discovery, Passages to Recovery, Aspen Achievement Academy.

Gregory helped form Open Sky's first adult group and for the first four years of its existence was the clinical therapist for this group. Since then he has worked as a clinical therapist in various Open Sky groups and has led annual staff training, personal growth expeditions, and Family Quests. His current primary role is as a Family Quest therapist. He has a genuine passion for working with family systems, and finds the integration of the student’s journey and the family's capacity for healing, change, and growth particularly fulfilling, adding a rich dimension that is essential for an optimal outcome.

Gregory lives in Durango, where he has a growing orchard and permaculture farm. When not in the field, he can usually be found working on the land, hosting gatherings and workshops, playing music, and drinking tea with friends. 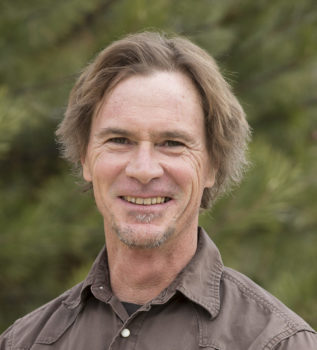