Greg has a love and passion for adventure and raw experience. It is what has formed who he is as a person by being outside his comfort zone and being immersed in the unknown. It is these experiences that awaken the spirit within allowing him to deeply reflect on how to the best version of himself. Greg has been fortunate to have been able to travel and experience living in many different cultures. This broadened his perspective of life and led him to confront and question the paradigms in which he was raised. He believes this is the foundation for his open, calm and caring demeanor he brings to the students and families he works with.

During college, Greg studied psychology with a focus in neuroscience. He was deeply fascinated by the human mind and the determinants of personality and behavior. While studying neuroscience, he felt inspired by the inclinations of changing the physical structure of our brains through focusing our minds and thoughts on particular intentions. During a conversation with his mentor and research professor, the seed of wilderness therapy was planted.

Greg’s love for the outdoors became apparent during his studies as a wilderness professional. This propelled him into developing a career as a mountain guide, studying the ins and outs of risk assessment, and creating high-quality inspiring experiences for people in many types of wilderness environments. Greg began working at Open Sky as a field guide in 2010 and has worked as a guide for Outward Bound, a teacher and guide for Plattsburgh State University’s Expeditionary Studies program, a rock climbing and mountain guide for San Juan Mountain Guides. He has worked in many different positions at Open Sky as well, including roles on the Medical and Transport teams.

While completing his Master’s degree in Counseling Psychology at the Pacifica Graduate Institute in Santa Barbara, CA, Greg has moved into the role of Associate Therapist at Open Sky, facilitating Family Quests. 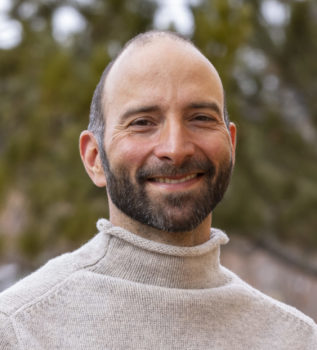