After graduating with a degree of psychology and neuro science from Plattsburgh State University, Gregory realized the typical path led to graduate school and extensive lab time. His research professor suggested he consider wilderness therapy. He began an adventurous journey where he learned about his deep passion for the wilderness. He met an Open Sky employee while climbing in Mexico and eventually found himself here in Durango.

Gregory joined Open Sky as a field guide in 2010 and worked his way to Senior Guide. In these roles, Gregory valued being able to support others on their journey of learning themselves and standing together through the toughest of times. He valued the compassion; how doing this work continues to deepen his ability to shower others with love and understanding. He valued the parallel experiences he had where he could grow and learn side by side with students. He then joined the Transport Team as lead transporter. As the first face of Open Sky for new students, Gregory set a positive, safe, and supportive tone for the students’ stay here. He now serves on the Medical Team as Psychiatric Assistant, working closely with families and Open Sky's psychiatrist.

Gregory loves to spend time climbing on rock, ice, and mountains. He loves swimming in the ocean and surf. He loves to play guitar and create music. He enjoys travel and adventure and diving deep into spirituality throughout the world. Most importantly he enjoys building community, and spending quality times with friends and family. 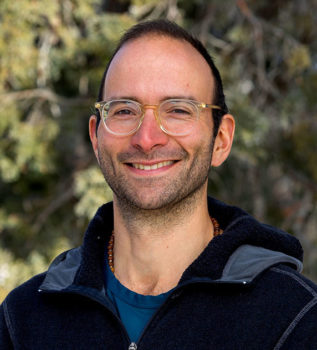