Jackson developed an interest in alternative models of therapy while pursuing his undergraduate degree in psychology at New College of Florida. Then, he sharpened his wilderness skills while serving with the Student Conservation Association’s Idaho Corps building trails and managing invasive plant species in the vast Salmon-Challis National Forest.

Jackson sees wilderness therapy as an opportunity to combine his interests in therapy and outdoor education while doing meaningful work in service of those in need. He was drawn to Open Sky in particular because of its focus on holistic healing, dedication to family-based therapy and commitment to research-based programming.

Previously, as an Open Sky senior guide, Jackson found it a privilege to be part of each therapeutic journey. He also finds it deeply rewarding to see the results of the work unfold throughout the weeks and months of a student’s stay. His high levels of positive energy and humor helped him build relationship and motivate the students and guides he worked with. He strongly believes in the transformative power of a positive attitude and works hard to role model self-control and emotional resilience in the field.

As a field medic on the Medical Team, Jackson continues using these same strengths as he promotes health, safety, and risk management in the field.

During his time off you can find Jackson hiking and biking in the mountains near Durango or playing music with friends. 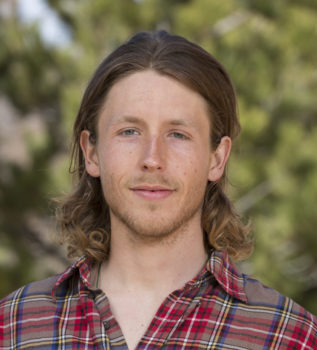