While earning her BA in Community Development from Portland State University, Janelle began to combine her love of nature with helping others. She mentored high school students in outdoor programs and began working with young men in juvenile detention systems. During that time, Janelle realized her passion for helping others realize their full potential in a community setting. Inspired by creative expression, Janelle spearheaded a magazine project called “The Beat Within” for members of the detention center. Teens could submit poems, stories, drawings and other forms of self-expression to be published in the magazine. Today, “The Beat Within” is distributed to juvenile detention centers across the country and Janelle believes it “helps illuminate the humanness of young people who have committed crimes.”

Janelle was attracted to wilderness therapy because she feels a strong connection to young people struggling with the many challenges life can bring. Janelle understands the difficulties many teens and young adults face today and she wanted to help support and make an impact on the lives of these individuals. Janelle chose Open Sky specifically because she believes it is a community that values connection, healthy communication, and emotional transparency.

Janelle joined Open Sky as a field guide. In this role, she valued the community style of living together in the simplicity of the outdoors. She valued the activities students and guides share each day in the wilderness – from cooking and eating meals together to moving their bodies through hiking and yoga. Janelle also valued the connection that comes from supporting one another with hard skills like making fire or shelter and soft skills like sharing and regulating difficult emotions. Janelle brings grit, child-like wonder and enthusiasm, organization and a grounding energy to the guide team.

She has also worked on the administrative side of Open Sky at the front desk, has done transports, and now supports the Medical Team as the seasonal Medical Assistant. 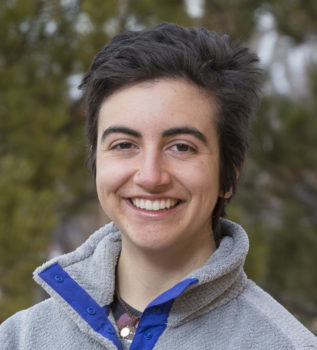