Prior to joining Open Sky in March 2019, Luke worked for a half a year in Peru as an English teacher, educating indigenous people from the area in language skills to improve their lives. Luke has been a lifelong enthusiast of the outdoors, growing up backpacking in the wilderness from a young age under the tutelage of his father.

Luke has known about wilderness therapy since he was a boy, but was attracted to work in the field and to work at Open Sky, specifically, due to the high recommendations of a dear friend who had previously done this work. Luke was in the midst of a life transition and found himself being drawn back to work in the outdoors. Also, the emphasis placed at Open Sky on cultivating a practice of mindfulness and yoga was a big draw for him. These practices occupy an important portion of his life and he is excited to model and teach them to the young people who pass through the program.

As a senior guide, Luke values the time he spends showing students the natural world. He is a huge nature geek, and it gives him such joy to be a part of someone’s first time seeing the beauty of the mountains or finding a pottery shard from people who once walked this land as well.

Luke’s strengths are his ability to create safe emotional spaces within a team and facilitate meaningful dialogues in a group space. He also enjoys leading daily yoga and meditation sessions and finds that motivating students to find the courage and willpower to drop into their bodies and observe the contents of their minds is a skill that comes naturally to him.

During his time off, Luke loves skiing, cycling, frisbee, hiking, rock climbing, and spending time on water. He maintains a steady yoga practice in his off shifts as well. Reading and writing occupy an important part of his life and he always dedicates chunks of time in his off shifts to both. 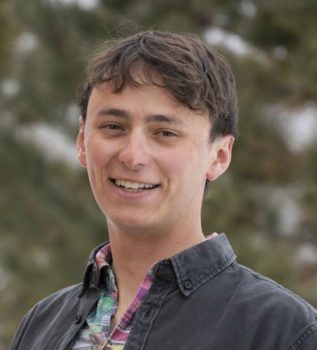