Matt’s forestry degree specialized in recreation management, which laid the groundwork for much of his outdoor experience. Coupled with that degree, he’s worked as an environmental interpreter and trip leader, leading backpacking/hiking, climbing, and canoeing trips. He has also worked as a health director for a YMCA camp.

As a field guide at Open Sky, Matt feels as though he is truly helping others while sharing his love for the natural world. He appreciates Open Sky’s holistic approach, which includes yoga and meditation—something he finds lacking in other programs. He appreciates that the Open Sky community is compassionate and welcoming one.

As a senior guide, Matt values the full immersion into the work that Open Sky does. He values being an ear to those that wish to be heard and also being able to assist others in their growth as human beings. Matt has a very logistical mindset, which comes in handy for planning expeditions. He believes himself to be open-minded and willing to try new things, as he knows that he is also still growing as a person.

Outside of work, rock climbing and mountaineering are Matt’s strongest passions at the moment. So it’s highly likely he’ll be climbing a cliff or on top of a 14’er (14,000 ft. peak!) on his off-shifts. He’s also just as happy reading a book at home and spending time with his dog and his girlfriend. 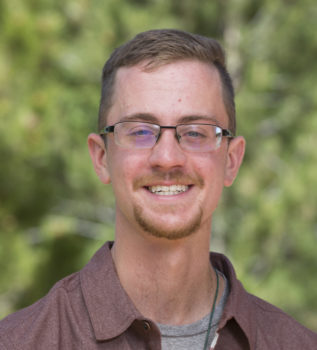