Mike graduated with a BS in Sociology from Eastern Michigan University. As a Michigan native, he has always found the wilderness to be therapeutic and transformative, whether through camping trips with his family or solo trips in northern Michigan. Mike was drawn to Open Sky by the success stories he heard from students, parents, and the open and loving people who put their hearts into this work. After his first week of training, he realized there is no other type of work like this and was hooked.

Mike was raised to always leave an area in better shape than he found it, and that is exactly what he values most about this line of work. No matter how big or small, he knows he is making a difference, seeing that transformation on a daily basis with the students he works with. He values the community he is a part of and the effort it takes to make that difference. Mike’s strengths range from hard to soft skills, including being open to receiving as well as giving feedback. Adapting to new situations is another important strength.

Mike began at Open Sky as a field guide and moved on to be a senior guide and later, a field medic. He now serves as Assistant Health Director. Mike values having a big picture view of all of our program participants. The detective work it takes to create an appropriate and effective treatment plan for a sick or injured student is what drives him most.

Mike also appreciates his close working relationship with Clinical, Field, Operations, Transport and Admissions to better serve every participant on a personal level.

When Mike is not in the field, he enjoys snowboarding, mountain biking, longboarding, camping, hiking, disc golfing, fishing, fast cars and big trucks. Getting outdoors is his passion. He enjoys attending concerts and the occasional flick at the theater as well. He does most of this with his friends and his partner, Ashley. 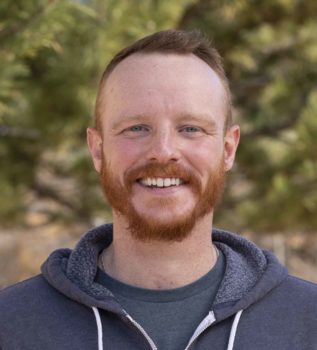