Inspired by his own experience as a student at Open Sky in 2008, Nick was drawn back as a field guide ten years later. Before joining Open Sky as a guide, Nick taught middle school science and technology for three years. He also spent a year before that serving in AmeriCorps with at-risk youth. In the summers between working in schools, he led trail crews with adolescent groups in northern Colorado.

Nick’s experience as a student at Open Sky had a powerful impact on the direction of his life. Now as a guide, he values showing students how to live a healthy, fulfilling life away from the distractions that they often think are necessary to being happy. Nick is calm and compassionate in stressful situations, always looking for the reasonable explanations of one’s behavior.

In his time off, Nick loves to rock climb and travel to new places across the country and internationally. Many people may not know that as a kid, Nick went to the National Marbles Tournament in Wildwood, NJ three years in a row. 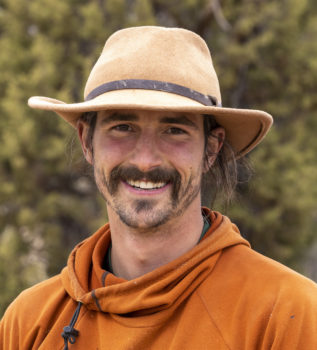