Noah Le Beau started his career in New York City at Fordham University, where he earned a Bachelor’s of Art in philosophy. He then worked in experiential education in San Francisco before moving to China to teach at the University of Shanghai. After two years abroad, he returned to the United States excited about mental health, well-being, and experiential modalities. He began school at Louisiana State University in 2020 to pursue a Master’s in Social Work. At school he began researching opportunities to work with youth in the contexts of mental health, the wilderness, and experiential learning. Noah joined the Open Sky as an intern in summer 2021 and hopes to join the clinical team once he completes his degree in December 2021.

Noah brings a wealth of facilitation experience and novel ways of connecting to the team. He has spent a lot of time in groups practicing authentic relating, circling/T-groups, dance, and biofeedback. These experiences help him connect and be creative in the moment to build rapport and maintain curiosity about the student’s experience. Noah also has a dedicated mindfulness practice and has been practicing in Buddhist circles both abroad and in the States for ten years. The psychology and practices of secular Buddhism have been incredibly influential on Noah’s style and framework for making sense of students and their needs.

Noah, originally an ocean child, was born in Long Beach, CA and grew up surfing and playing water sports throughout childhood and into college. He is now an avid outdoorsman in his new home of Colorado and still finds time to swim and drift in the water and rivers. His family is still in California, and he says that his forever home is any coast on the Pacific Ocean. Working for Open Sky is Noah’s dream job. There is nowhere else he’d rather be. 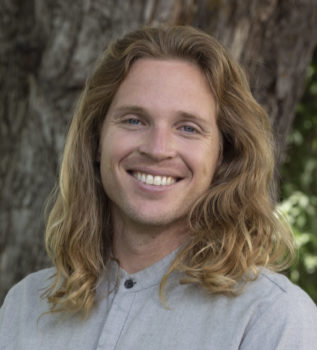