Dr. Patrick Kearney received his undergraduate, medical school, and residency training at the University of Michigan, where he was a member of the first residency class in Family Medicine. After completing his training in 1982, he and his family moved to Shiprock, New Mexico, where he worked for the Indian Health Service. He initially planned on working there for two years, but extended his stay to four years and then packed up, intending to move his family back to Michigan.

They made it as far as Durango, where he said, "Close enough!" He has been here since 1986, initially in solo practice. He is Board Certified in Family Medicine and practices at Mercy Family Medicine, a local group practice. His professional interests cover the spectrum of Family Practice and include obstetrics, pediatrics, adolescent medicine, health maintenance, mental health issues, management of chronic illnesses, and hospice. He is a member and past president of the medical staff at Mercy Regional Medical Center in Durango. He joined the staff of Open Sky in 2011 and is enjoying the challenges of working with the students at Open Sky.

Outside of medicine, Dr. Pat enjoys traveling, cooking, bicycling (especially going downhill), skiing, hiking, camping, and reading. His main love is spending time with his family: his wife, Lori, a pharmacist; his son, Sean, who is working on a doctorate in sustainable agriculture at the University of Vancouver; his daughter, Megan; and his two grandsons, Dylan and Harley. 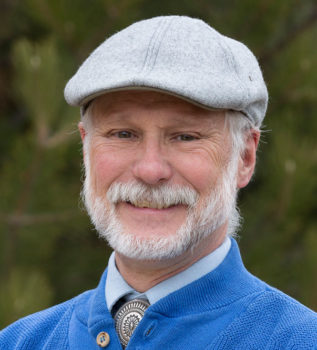