Sam grew up in Alaska at the end of a dirt road, situated next to a backyard of rolling birch forest and marshland. It was an endless playground for exploration, adventure, and discovery. Needless to say, Sam became acquainted with the great outdoors at a young age and has continued to nurture that relationship throughout his life. After leaving Alaska, he attended Colorado College, graduating in 2002 with a B.A. in studio art. Throughout college, he had many meaningful experiences leading peers and students through the wilderness and on many adventure trips.

Sam began working in wilderness therapy at Three Rivers Montana in May of 2004, thinking it would be a good first step towards working for other outdoor education organizations. Many years later, he found himself still enthralled with the challenge and magic of walking beside others on their paths of healing. Eventually, Sam took some time to work for NOLS (National Outdoor Leadership School), leading 30-day mountaineering trips and custom leadership courses in locations around the world. Clients included the US Naval Academy, Wharton Business School and California Wildland Firefighter Academy. While those opportunities were exciting, Sam and his wife Katie ultimately decided to prioritize the sacred work of wilderness therapy, landing at Open Sky in January of 2013. During his time at Open Sky, Sam served as a Field Guide and Family Quest Guide, and Family Services Facilitator.

In his free time, Sam enjoys riding a tandem bicycle with his wife, sledding, exploring the rivers and canyons of the Colorado Plateau, and savoring cups of coffee when he gets to be at home. 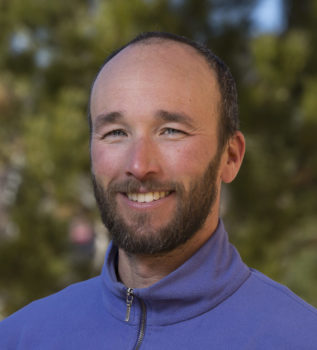