Shane’s first introduction to the outdoors came at a young age when he joined the Boy Scouts of America. As an Eagle Scout, Shane mastered the skills necessary to survive in a wilderness environment. Looking back on the experience, Shane recognizes that his experience in the Boy Scouts is also where he first developed a deep respect and admiration for nature.

With his skill set and love for the backcountry, Shane began leading friends, peers, and family members on multi-day camping and backpacking trips during high school and college. Eventually, Shane found himself working for a therapeutic after care program in Hawaii. His role involved leading groups of children and adolescents on trips to the jungle for wilderness play and exploration. That experience opened up the world of wilderness therapy to Shane and eventually, led him to pursue the role of Field Guide with Open Sky Wilderness Therapy.

When Shane heard about Open Sky from a friend who works here, he felt instantly called to drop everything and move to Colorado. He only knew one person in the entire state, but trusted that the universe would unfold exactly as it should if he were being true to himself, which it has… beautifully.

As a Senior Guide, Shane values being able to challenge himself every shift in the field with the knowledge that he is perpetually a “work in progress,” and that there is always something he can learn. He also values the unique perspective he brings to mentorship as a guide; he’s able to be both student and teacher, while living in tune with his body, his tribe, and with nature.

Shane’s strengths lie in his ability to be compassionate and relational to youth who are struggling to find their identity and develop confidence in themselves. He’s able to bring his child-like sense of play, humor, and excitement, while also being able to code-switch and demonstrate that there’s a time and place to play and be silly, as well as a time and place to be responsible and mature.

Most of the time while he’s not working, you’ll find Shane: on a road trip, lying in a hammock, reading books, mountain biking, listening to live music, dancing like nobody is watching, discussing philosophy around a campfire, cooking meals with the people he loves and/or star gazing on moonless nights. A fun fact: both of Shane’s parents were actors back in the eighties. They were both cast to play the parents of Ferris Bueller in the film “Ferris Bueller’s Day Off,” they fell in love and had Shane and his sister. So he quite literally owes his life to a John Hughes film! 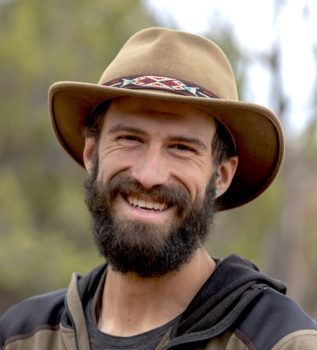