The “Yes” Within the “No”: How to Parent So Your Teen Trusts You 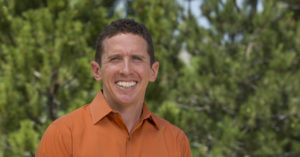 At dinner one night, a friend of mine and I were speaking about our teenage years and how much we pushed the envelope of our parents’ rules and boundaries. She lightheartedly recounted a vignette of what occurred years before when her son came home after smoking marijuana for the first time as a teenager. She acknowledged that although it is easy to chuckle about in retrospect, it was quite distressing at the time, as she proceeded to describe:

After the initial realization that her son was, in fact, high, she decided that the obvious and most logical consequence was for him to, of course…have his long and unkempt hair shaved to a buzz cut.

That’s right, a good old shaving would teach him that smoking marijuana was wrong. Well, quite remarkably, her son acquiesced and they proceeded to endure a quiet, tension-filled car ride to the local Great Clips. At one point during the drive her son turned to her and asked innocently, “Mom, why are we doing this?” To which my friend thought to herself, I have no…sensible…answer. However, emphatically and without hesitation, she answered, “Because we ARE.”

As her son endured the buzz cut, his silent protest matched the quiet fluffs of hair floating to the 1995 linoleum. His only words (which she will never forget) were, “Mom, I feel like you’re killing a fly with a machine gun.”

Fortunately, she and her son (and I, for that matter) can now laugh heartily at her surprising reaction to his experimentation. But the question I was most fascinated with after hearing this vignette, and truly the question that has captivated my mind for the last 17 years of working with families has been, why do some teenagers follow their parents’ rules (and challenge them appropriately) and why do others not? In this case, why did her son so easily take the clearly unbalanced and unrelated punishment?

Recently, I’ve been hearing more and more from parents (whether friends of mine or parents of my students) talk about how difficult it is to parent their teen. They share with me the difficulty of competing with the pervasive and insidious nature that social media plays in disrupting their children’s self-esteem. They share about how their kids talk about all the other parents who let their kids smoke pot and drink at their house, stay out later than you let me, and in general compare their own households to that of 1950’s Soviet Union. In some respects, the challenges parents face today are far greater than at any time in history. Yet, there are ways that parents can preserve family intimacy and positively contribute to their developing teen’s psychology.

In any relationship, every interaction is an opportunity to either feed and strengthen the relationship, or to erode and diminish the bond between two people. The relationship with our teenagers is no different. It is not only the choices we make in relationship to our adolescents that carry impact, but how we convey our decisions. Meaning, it isn’t just what people hear that impacts them, it is how they hear it. More specifically, it is how they feel when hearing a decision that impacts them. Take any example in your own life in which you have heard difficult or devastating news. In what way did the person deliver the news? Were they distant, callous or insensitive? Or were they able to find a balance in sharing their own experience while making room for your own? 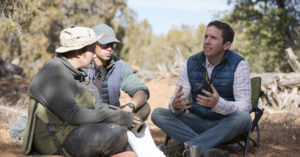 The Beauty of Boundaries

I find that the holding of boundaries is usually one of the most feared and challenging aspects of parenting. So much is at stake given there are no guarantees a communication of a boundary won’t erupt into conflict. Many of us did not receive positive models of how to work through that inevitable conflict. For most people, conflict would either turn into unproductive yelling, passive-aggressive silence, or a combination of the two. Any seeming resolutions resulting from these ineffective communication styles are more of a mirage in the desert of the strained relationship.

One of the most outdated parenting tenets that continues to find its way into the contemporary parenting paradigm is that a parent has to be strong (i.e. distant) in order to be effectively respected. I have found that this could not be further from the truth. In the wilderness, we often complete therapeutic groups with the slogan, “Vulnerability is power.” The more our children can feel us and our vulnerability in our holding of boundaries, the more they will trust that we are doing so because we care. The more our children trust that we care (even when we are likely increasing their own discomfort of life), the more likely they will be to follow our boundaries. The more they are to follow our boundaries the more likely our children will persevere in the face of adversity. This is perhaps the perennial reason of why boundaries are important. Through them, children become self-efficacious, meaning they will be more and more likely to not only pursue but also reach their dreams. 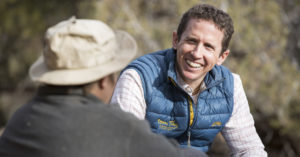 The Yes…and the No

So, let us return to the seemingly cryptic title of this article “The ‘Yes’ Within the ‘No.’” As parents and caregivers, we can lean in to the relationship at the times when we most want to step out. By doing this, we are being vulnerable. We are guiding our children in ways that aren’t easy to us, but ways that we feel are necessary. Children will understand this, not because we say it, but because they will feel it. We say “yes” to the relationship and take a step toward a deeper intimacy amidst the verbal and more obvious “no” stated in the boundary.

Let’s revisit the story of my friend and her son. When my friend’s son agreed to have his hair buzzed for smoking marijuana, he wasn’t just passively accepting the disproportionate punishment. He was communicating. In fact, he was communicating exactly as much as she was. And I can imagine if we were somehow able to listen to the inner workings of his adolescent mind at that moment, I bet we would have heard the faint echo of the whisper, “I trust you.”